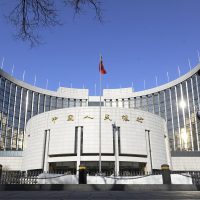 China’s central bank said on Tuesday that China will intensify its efforts to support green industries with innovative financial products and services.

Wang noted that by the end of last year, the country’s unpaid green loans amounted to nearly 12 trillion yuan (about 1.86 trillion US dollars), topping the world stage. He added that the percentage of bad loans for green loans was much lower than the average loans issued by commercial banks.

To further support the green transition, the central bank will improve financial institutions’ assessments of their green finance business. Wang said he will make better use of digital and financial technology in disclosing and sharing environmental information.

In line with the conference, the central bank listed improving the policy framework for green finance as one of its key missions for 2021.

The People’s Bank of China said during its annual business conference in January that it would also gradually improve green financing standards and continue to enhance international cooperation in green finance.