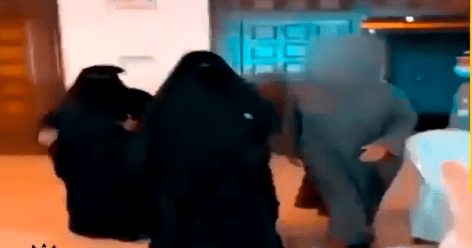 Social networking sites circulated in many Arab Gulf countries, a video clip that sparked widespread interaction, documenting what happened to a businessman in the Saudi province of Tabuk, after he bought a “heirs” property for a sum of one million Saudi riyals.

According to the traders of the clip, the man bought the property with this huge amount, and returned it to its original owners, who are two women and a disabled son.

Rolling video:
A businessman in Tabuk buys a property of one million riyals for heirs at the auction in the court of execution and returns it to its owners, “two women and one disabled son.” pic.twitter.com/xLXXZuDDng

The clip shows the moment when the attendees greeted the Saudi businessman, applauded him warmly, spoke expressions of praise and praise for him, greeted him and kissed his head, in the midst of the sayings: “May God give your face, may God reward you with all good.”

Also read: Turki Al-Hamad likens Mohammed bin Salman to the Rightly Guided Caliphs, and the “saw” policy has existed since the dawn of history

Many tweeters and activists interacted with the doers of the Saudi businessman, considering that what he brought was “heroism” at a time when there was less goodness, and in which selfishness, hatred and self-love increased.

May Allah reward him well

May God reward him with goodness

One of the tweeters said, commenting on the incident: “God is the heroic deed that is settled by time.

God, the heroic deed that someone can settle in time. God willing, God bless him with double the amount