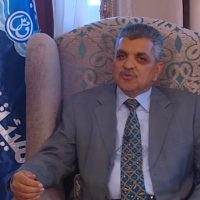 Rabie said – in a statement today, Tuesday – that the selection is the culmination of the authority’s efforts and success in overcoming many challenges and crises it faced throughout the year, most notably the pandemic of the emerging corona virus “COVID-19” and the crisis of the delinquency of the giant Panamanian container ship EVER GIVEN.

He added that the authority came in second place for the classification of Forbes, as it adopted the methodology of selecting the institutions and companies selected within the list on several bases, the most important of which is evaluating the size of the company in terms of assets, revenues and market value, in addition to determining the percentage of trade movement enabled by the company and its economic importance, as well as calculating The quantity of goods transported or stored.

The head of the authority stressed that the boom in the Suez Canal and its projects during the past few years would not have been possible without the constant support of President Abdel Fattah El-Sisi and his keenness to follow up on developments related to the development of the waterway and the various development and service projects adopted by the authority.

Lieutenant-General Rabie saluted the authority’s employees in all work sites who were up to the responsibility and presented a unique model in loyal national work in various circumstances.

It is noteworthy that the list of the best includes a group of the most important institutions working in the field of transport and logistics in the Middle East, including DP World, the General Authority of Ports, Asyad Group and others.

The article, President of the Suez Canal Authority: The Canal is the second largest logistics company in the Middle East in the Forbes list, written in Al Borsa newspaper.