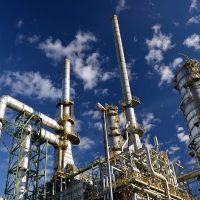 Abu Al-Makarem: We seek to reduce the value of imports of production components by 50%

The file of deepening local manufacturing by communicating with chemical industries companies to achieve the needs of each company of production components is a top priority of the list that was formed by some investors, led by Khaled Abu Al-Makarem, President of Makarim Tex Company, and Sherif Al-Gabali, President of Abu Zaabal Fertilizer Company.

Khaled Abu al-Makarem said that the most important and basic axis that the list will adopt during the next election cycle is to reduce the volume of imports from the sector in terms of production components and requirements.

Abu al-Makarem confirmed that the chamber will work to achieve the government’s goals of reaching $100 billion in annual exports, in cooperation with the Chemical Industries Export Council.

Achieving this goal will be through opening new export markets and participating in trade missions and exhibitions, in cooperation with the commercial representation body, especially in Africa, which is one of the promising markets for the sector.

The Chamber will work to issue licenses and industrial records for all factories of the General Assembly, through communication and cooperation with the Ministry of Trade and Industry.

The list will also work on the comprehensive development of factories to increase production capacities and quality of products, and then go towards raising the volume and values ​​of exports.

Abu al-Makarem explained that the development of the chemical industry requires the development of a comprehensive and integrated plan in which all concerned parties and ministries participate with the participation of business organizations, especially the Federation of Industries.

He stressed the need to expand the establishment of specialized industrial cities because they are one of the most important pillars for the development of the local economy, especially for small, medium and micro factories.

The list of candidates for the seats of large facilities in the Chamber of Chemical Industries includes Sherif El-Gabaly, Abu Zaabal Fertilizers and Chemicals Company, Salah Al-Akoh, Polytech for Plastics and Chemicals, Abdullah Helmy, Omeya Egypt for Mining, and Sherif El-Zayat, United Company for Glass Containers.

The new Federation of Industries Law No. 70 of 2019 stipulates that each industrial chamber shall have 15 members, the general assembly of each chamber electing 12 of them by secret ballot, so that each category, between large, small and medium, gets 4 seats, while the competent minister appoints 3 members. After taking the opinion of the Board of Directors of the Federation.

Hossam Hegazy, President of Hijazi Pack for Packaging Materials, said that he focuses in his electoral program on facilitating and providing the easiest export mechanisms to Africa, especially to Kenya, which is the main downstream country for seven other African countries.

He added that he has experience investing in a factory in Kenya, and these countries are among the most prominent markets that can be used to export the products of the packaging materials sector companies to them, as they are among the markets that have a high consumption.

He explained that some companies do not have information about those markets, as well as some fear of exporting to African countries due to some of the obstacles they face.

Hegazy confirmed that he will work to familiarize members with the mechanisms of shifting from manufacturing plastic packaging products to self-degradable products in the coming years.

He added that if these companies do not start the transformation process as soon as possible, they may find themselves at risk of closure or default.

The article “Chemical Industries” raises the slogan of deepening local manufacturing and increasing exports was written in Al Borsa newspaper.