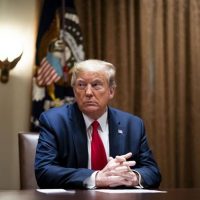 Today, trade officials in the United States and China held a virtual meeting online to discuss the “first phase” of the deal that the two countries made during the rule of former US President Donald Trump.
China’s Xinhua News Agency reported on its website that during the meeting between Chinese Vice Premier Lu He and US Trade Representative Catherine Tai, China pressured the United States to cancel customs duties on Chinese goods by interpreting its economic development model.
The agency noted that the two sides had a “realistic, frank and constructive” exchange, adding that both sides agreed to enhance economic and trade cooperation, and to review the implementation of the trade agreement they had previously reached.

The article A meeting between Chinese and US trade officials about the Trump-era deal was written in Al Borsa newspaper.