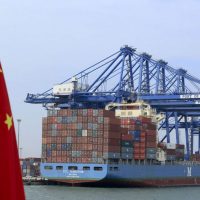 China said on Saturday it would urge the United States to scrap tariffs during talks between the two countries’ top trade officials, which Washington sees as a test of communication between the world’s two largest economies.

The virtual talks between US Trade Representative Catherine Tai and Chinese Vice Premier Liu He follow Monday’s announcement that she will seek “candid” talks and get China to fulfill its commitments under the “phase 1” trade deal negotiated by former President Donald Trump.

“The Chinese side negotiated the abolition of tariffs and sanctions and clarified its position on China’s economic development model and industrial policies,” Xinhua news agency said after the talks on Friday, Washington time.

“Ambassador Tai and Vice Premier Liu reviewed the implementation of the US-China Economic and Trade Agreement and agreed that the two sides would consult on some outstanding issues,” the US Trade Representative’s office said in a statement.

Xinhua said the two sides “expressed their core concerns and agreed to resolve each side’s reasonable concerns through consultation.”

The article China urges US to scrap tariffs in a test of communication between the two countries was written in Al Borsa newspaper.