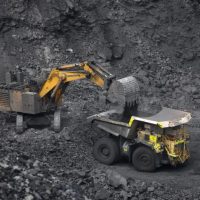 Thermal coal futures traded in China continued to rise for the third day in a row, and at an all-time high, as the supply crisis deteriorated due to floods in Shanxi Province, the main coal producer in the Asian country.

Local governments in China’s largest coal-producing provinces have directed about 200 mines to increase production, but the incessant rain has inundated 60 mines in Shanxi.

China (the world’s largest consumer of coal) is struggling with a growing energy crisis, caused by a shortage of supplies and record high prices.

According to Reuters, coal futures traded on the Shanghai Stock Exchange rose to 1,640 yuan ($254.44) per ton, the highest level ever.

The article: Coal futures in China continue to hit record levels with shortage of supply was written in Al Borsa newspaper.