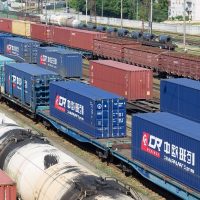 Data from the Ministry of Transport in China showed steady growth in road transport of goods in January 2021, as cargo volume expanded rapidly.

The ministry said in a statement that the volume of land freight, which accounts for the lion’s share of total cargo transportation in China, rose by 46.7% year-on-year to 3.09 billion tons in January.

In the same period, the amount of cargo transported through waterways jumped 21.3 percent year on year to reach 654.14 million tons.

The volume of freight via railways in China recorded an annual increase of 4.1% in 2020, which indicates a steady recovery in economic activity.

According to data issued by the China National Railways Group Co., Ltd., Chinese railways transported 3.58 billion tons of cargo in 2020, an increase of 141 million tons compared to 2019.

The data showed that the number of containers transported by railways increased by 36.7% year-on-year.

The volume of freight by rail is widely seen as an important indicator of economic activity.

The article The increase in Chinese land freight volume by 46.7% in January on a year-on-year basis was reported in the Stock Exchange newspaper.

A judicial ruling in favor of Muhammad Ramadan against Amr Adeeb, and the judge obligated him to pay this amount to “Number One” |...

The Observer: A “single solution” to stop the comprehensive collapse in Lebanon | A homeland tweeting outside the flock