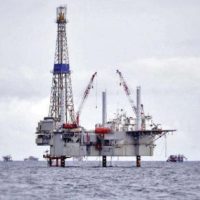 Citigroup doubled its estimates of the price of natural gas in Europe and Asia during the fourth quarter of this year, stressing that it does not rule out its price reaching $100 per million British thermal units.

And the company confirmed in a note reported by “Bloomberg” that the average prices in the next quarter may be relatively higher than the current levels of its expectations, noting that in the event of unusually cold exceptional weather, demand levels will rise.

And hurricanes in the US Gulf of Mexico disrupted supply chains, natural gas shipments can be traded at the level of $100 per million British thermal units, or the equivalent of $580 per barrel at the oil equivalent level.

Prices in Japan and South Korea rose 50% this month to nearly $30 per million British thermal units, while the price of LNG in Europe rose by about 40% to close to $25, while price gains in the United States were smaller.

Citigroup stressed that global natural gas prices may continue to rise in the coming months and weeks, noting that strong demand and a lack of response from the supply side severely tighten market conditions, and that any sudden increase in demand or an imbalance in supply may push prices to rise in a manner Larger.

The article “Citigroup”: The price of natural gas may jump to $ 100 was written in Al Borsa newspaper.