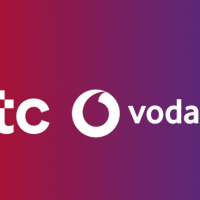 CNBC Arabia reported, according to banking sources, that the STC deal – Vodafone Egypt may be the focus of events during the coming period, after it was disrupted last December, after a year of negotiations for the Saudi company to acquire Vodafone’s global share in its Egyptian unit.

According to the sources, the Saudi company is looking to secure a soft loan of about 1.1 billion as it intends to finance the deal using part of the liquidity available to it, and another part of the global debt markets, knowing that this comes at a time when financing costs have decreased significantly.

At the beginning of 2020, the two companies had announced the signing of a memorandum of understanding for a possible sale of Vodafone’s 55% stake in Vodafone Egypt to the Saudi Telecom Company, for $2.39 billion.

Over the course of long months of negotiations, during which the Memorandum of Understanding was extended more than once until the deal was closed at the end of last year.

The sources added that STC’s obtaining of the financing is subject to negotiations with the parent company, indicating the possibility of the ongoing negotiations faltering in the end.