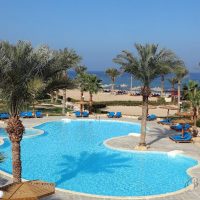 Source: The document includes 3 contracts to deal with “Corona” and its use in marketing

A tourist source in the hotel establishments room in South Sinai Governorate said that the issuance of health certificates to confront the Corona virus had been completed in cooperation with the Ministry of Health in the governorate.

The license includes three contracts, according to the assurances of hotel officials in South Sinai to “Al Borsa”, as the first contract includes contracting with a doctor in the area in which the tourist facility is located, provided that that doctor is affiliated with the Ministry of Health, and with whom it is agreed on the wages to follow up on cases infected with the Corona virus that are detected .

The second contract also includes an agreement with the Waste Department of the Ministry of Health in the region to deal with the patient’s waste and personal belongings in a preventive manner so that the disease does not spread to other inmates or workers. The third contract includes an agreement with a maintenance company to approve water tanks every month and follow-up water tests for swimming pools.

The source said, “The Ministry of Tourism grants the license to the facility for a period of 3 months and is renewed once it expires and provides the necessary for this, but during the last period it is granted for a year to comply with the civil defense license.”

The Corona Crisis Management Committee raised the operating rates in hotels during last July from 50 to 70% of the total capacity of the facility, with the increasing demand for vacations in hotels and the increase in travel to Egypt.

And Ghada Shalaby, Deputy Minister of Tourism, had stated in previous press statements to “Al Borsa” that the Ministry of Tourism is seeking, in coordination with the relevant ministries, to adopt a certificate for hotels that includes following the precautionary measures to confront the Corona pandemic.

The tourism source at the South Sinai Hotel Chamber added that the certificate is a written permit issued by the government for the hotel facility, and is used in marketing, and that the facility is approved, which gives a great ability to negotiate with foreign tour operators.

The article on the completion of the issuance of health accreditation certificates for South Sinai hotels was written in the Borsa newspaper.