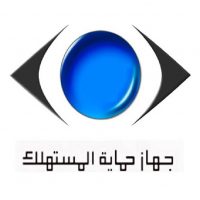 Ayman Hosam, head of the Consumer Protection Agency, said that the agency is in the process of launching an initiative to create a white list of approved maintenance centers for durable goods.

He added that the initiative includes the establishment of a database that includes service centers approved by companies, or by the Industrial Control Authority, noting that the agency will ensure that the companies approved by the authority conform to consumer protection standards, and that the company has not committed any violations.

Hossam explained that the initiative will include all official channels of communication with consumers, and a hotline or mobile application will be allocated through which the consumer can identify the approved centers in addition to the possibility of receiving his complaints.

He pointed out that the initiative includes a special part for providing spare parts for goods so that there are approved outlets for spare parts to prevent a quasi-monopoly, and to ensure that spare parts are original. With the consumer during a year, who suffered from the high costs of service centers, pointing out that according to the numbers and data of companies, unaccredited service centers cost companies huge losses.

Hossam added that according to the initiative, there will be joint screens between the call center and the companies on the list to follow up on notifications, pointing out that the initiative will be expanded casually to include many goods such as cars and services, stressing that the goal of the device, according to the law, is to protect the consumer, who is the main financier of the wheel of the economy. As well as protecting the reputation of the Egyptian product.

Hossam called on companies working in the field of commodities to provide training courses for technicians.