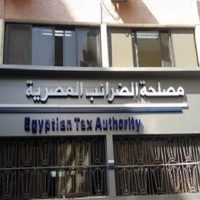 Today, the Egyptian Tax Authority signed a cooperation protocol with the Customs Authority and the Alexandria Chamber of Commerce represented by the International Transport and Logistics Services Division, and the Automobile Transport Division of the Chamber regarding the mechanisms for collecting value-added tax on the freight transport service for land transport of goods.

Abdel Qader stressed that the signing of this protocol comes within the framework of the Ministry of Finance and the Department’s keenness to establish the principle of tax justice in the application of Value Added Tax Law No. 67 of 2016 on all those who address its provisions and to collect the dues of the state’s public treasury, as well as due to the important role that the Chamber can play. Commercial in Alexandria, the International Transport and Logistics Services Division, and the Automobile Transport Division of the Chamber in approving that tax justice and supporting the Tax Authority.

He said that in accordance with the concluded protocol, the Alexandria Chamber of Commerce represented by the Division of International Transport and Logistics Services (Committee on Land Transport of Goods) and the Division of Car Transport will prepare a quarterly indicative statement, with the average values ​​of freight freight for land transport of goods, and this statement is prepared by the Chamber of Commerce in coordination with the two divisions according to the price Prevalent in the market and according to the distances over which the land transport service of goods is performed, whether for land ports or dry ports.

He pointed out that this indicative statement is submitted to the Tax Authority no later than the fifteenth of the months (June, September, December, and March) of each year, and the Chamber will work on organizing the informal sector and merging it with the formal sector.

He pointed out that the Tax Authority, in accordance with the concluded protocol, will work to remove the causes of any obstacles that may face members of the International Transport and Logistics Services Division and the Motor Transport Division registered with the authority, which relate to value added tax.

He added that the authority will approve the indicative statement of freight services values ​​received from the chamber after being reviewed by the committee formed in this regard and handed over to the Customs Authority.

Abdul Qader said that the Tax Authority will provide all technical support that will increase tax awareness among members of the two divisions who perform the land transport service for goods, through the Authority providing the Chamber with any amendments to the value-added tax law, as well as providing it with all instructions, periodical books and publications regarding the application of Provisions of the Value Added Law.

He pointed out that the Customs Authority will provide the committee formed in this regard, through its representatives, with the actual values ​​of the land freight services contained in the bills of lading of the incoming messages and its notes on any of the values ​​mentioned in the indicative statement.

He added that this committee will review the indicative statement received from the Chamber of Commerce in cooperation with the two divisions on the average values ​​of land transport services for goods, noting that the committee has made the necessary adjustments to the values ​​of land transport services for goods that need to be modified and approved by the committee and submitted to the tax authority within fifteen days Before the start of the following quarter, in preparation for approval by the head of the Egyptian Tax Authority to send it to the Customs Authority.

He pointed out that the joint committee will address any problems resulting from the implementation of the protocol by studying and presenting the proposed solutions to them to the heads of the parties to this protocol in a timely manner.

The article was a cooperation between “Taxes”, “Customs” and the “Chamber of Commerce” to collect the “added value” on the land transport freight service. It was written in Al Borsa newspaper.