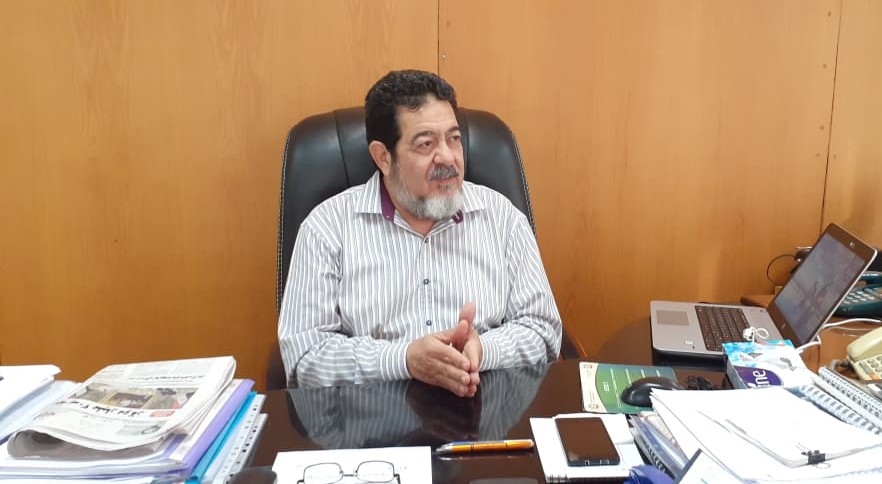 Lotfy: All global indicators confirm that the bullish wave will not be temporary

Muhammad: Some exporters take scrap at high prices, which raises the cost to local factories

A number of exporters of copper products considered that the jump in the global price of copper will contribute to creating a number of new marketing outlets in European and Arab countries for Egyptian companies.

They pointed out that most Egyptian companies have a large stock of the red metal, due to the decline in demand during the past years, and the difficulty of competition due to the high domestic price compared to the world.

The exporters asserted that Egypt is not one of the copper-producing countries, but rather relies on recycling scrap in the market. To ensure its availability, the Ministry of Trade and Industry decided to impose an issued fee on copper scrap and raw materials to make them available to Egyptian factories.

According to Mohamed Hanafy, Executive Director of the Chamber of Metallurgical Industries of the Federation of Industries, the chamber is cooperating with the Metal Industries Export Council in order to create new export opportunities in many countries in Africa and South Asia.

Hanafi said that a number of companies have tended to establish factories for cables and electrical tools in African countries. Copper wires are exported from Egypt to be used in manufacturing there, which is an opportunity for exports to grow in the next stage.

He pointed out that Egypt imports about 200 thousand tons of pure copper plates, 60% of which is directed to the local market and 40% is re-exported in the form of copper products or semi-finished.

Hanafi: Companies have tended to establish cable and electrical equipment factories in Africa

Engineer Osama Lutfi, Executive Director of Lotfy Group for Copper Products, said that all global indicators confirm that the rise in global copper prices will not be temporary, as evidenced by the price increase that he has witnessed since the beginning of last year until now .. This means that the demand for the product is increasing in light of the industrial boom. That the world is witnessing during the current period.

He added that the companies that work in casting and forming copper into semi-finished products will benefit greatly, given that all their needs are directed to the export market.

Regarding the imposition of a fee issued on copper scrap, Lotfi explained that the decision affected a large number of factories due to the fact that they were under his control despite exporting copper products in the semi-final form, while the decision classifies them under the item “scrap.”

He pointed out that the best implementation of the decision requires looking at the conditions of the factories to ascertain how they operate, as well as carrying out a surprise inspection of the factories instead of including them all under the clause of this decision.

Lotfi said that, after imposing the export duty, the company resorted to manufacturing copper dies, which are used as a press for making stainless steel pots, because most of the factories operating in the household appliances sector were importing them from Turkey and China.

At the end of 2019, the Ministry of Trade and Industry issued a decision to continue the export duty imposed on semi-crude, pure, impure, precipitated copper and copper alloys in ore forms, and copper waste and scrap at a rate of 20 thousand pounds per ton.

With regard to local copper prices, Lutfi explained that they are not linked to the global price, but they are lower by a difference between 5-10 thousand pounds per ton, and the difference in prices is due to the degree of purity and type of copper.

He added that the global price increase will have a positive effect on the Egyptian market, especially since most factories seek to increase the percentage of the local component in order to obtain the advantages granted by the government in this context .. Therefore, most importers of copper components will resort to manufacturing them, compelled to increase the global price on the one hand, and their keenness. On adding a local product on the other hand.

Lotfy called on the Ministry of Trade and Industry to enumerate all copper foundries nationwide, as part of the development strategy, to determine the production capacity of copper, in addition to specifying the activity of each foundry and the technology used.

Abdel Wahab Mohamed, Chairman of the Board of Directors of the Nile Copper Company, said that the local market has witnessed a severe recession over the past months due to the negative repercussions resulting from the Corona crisis.

He added that the return of the industrial movement to the domestic and export markets would enable companies operating in the export of copper products to operate at full production capacity, especially since copper prices in Egypt compete with international prices, and thus their export opportunities will be stronger.

Muhammad explained that some exporters withdraw copper scrap from the market at prices higher than their normal rates, especially since they do not care about the export fee, which leads to an increase in the price of copper scrap, and then the local factories are forced to buy at those prices in light of the low supply.

He added that the resumption of the work of these sectors, supported by the discovery of Corona vaccines and the citizens’ coexistence with the crisis, pushed the price to rise slightly in the local market compared to the global price, which had risen due to the closure of a large number of mines since the beginning of the crisis.

Regarding the reasons for his cessation of exports during the past months, he explained that the scarcity of copper scrap led to an increase in its price locally … which was reflected in the final price of the product and weakened its competitiveness in foreign markets compared to international prices, but revealed that his company is currently considering returning to export.

He pointed out that the UAE has become the kiss of all Arab and African countries during the current period, due to its dependence on the raw material in manufacturing processes.

Therefore, the quality of its products is higher compared to its scrap recycled counterparts, as well as the competitive price.

With regard to the demand for the company’s products locally, he explained that the production capacity of the Nile Copper Company can cover all the needs of the local market. However, the tendency of most of the factories to import caused a decline in the demand for the products of companies operating in the sector.

Chairman of Copper Products Company, Muhammad Khalifa, said that the current period is encouraging for export, especially as the global market is facing major problems, most notably the scarcity of raw materials supply. Therefore, we are looking for opportunities to export finished products in cooperation with export councils.

He pointed out that the government’s decision to prevent the export of copper and bars scrap closed the door to the company’s exports .. Therefore, the current effort is to manufacture a product in the pre-final stages and export it to foreign countries, and in turn completing that phase to comply with their requirements.

The article “Copper” prices enhance the competitiveness of the Egyptian stock internationally. It was written in Al-Borsa newspaper.

Dhahi Khalfan publishes unprecedented confessions about Qatar.. Watch what he said before broadcasting “What is hidden is greater” | A homeland tweeting outside...

“Our Prime Time Zone want you to help.” The New York Times talks about the financial temptations offered by Saudi Arabia and the UAE...

An American channel uses the fragmented “Deal of the Century” map for Palestine during the Tokyo Olympics | A homeland tweeting outside the...