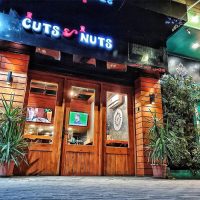 Amr Mohamed, CEO of Cats and Nuts for the confectionery industry, said that the company is preparing to expand in the market in the coming period by opening 6 new branches during the current year.

“Mohamed” indicated that the company is preparing to open a new branch as part of the expansion plan for the brand “Cats and Nuts” in Sheikh Zayed City, within the next month, with investments ranging between 1.3 and 1.4 million pounds.

He added that the company is seeking to open the other 5 branches in Cairo governorate, namely “Heliopolis, Maadi, Heliopolis and Mall of Egypt,” explaining that the company will bear the investment cost of two branches only, while the rest of the branches will be opened under the “franchise” system.

The CEO of the company explained that “Cats and Nuts” owns 4 branches until the current period in some places, and they are “two branches in the 6th of October City, one in Zamalek, and another in the Fifth Settlement.

Catch & Nuts started working in the Egyptian market since 2017 and specializes in making sweets, “waffles, cakes, pancakes, and chocolate”, in addition to providing a small, diversified section for some breakfast items inside the branches.

“Muhammad” added that the company is contracting with some companies specialized in delivering orders to homes, including “Talabat Company”, while the largest percentage of consumers prefer to be inside the branches.

The Executive Director stated that the Egyptian market is one of the most promising markets for the food sector, especially “fast food, due to the trend of citizens’ culture towards buying food and various fast dishes. ”

“Mohamed” pointed out that the company is currently considering expanding in commercial malls, following the opening of new branches, especially in Mall of Egypt during the third quarter of this year.

The article “Cats and Nuts” is preparing to open 6 new branches this year. It was written in Al-Borsa newspaper.