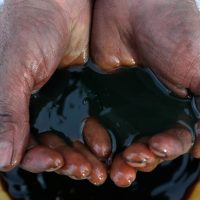 Oil prices stabilized near $ 67 a barrel today, Monday, amid optimism about a strong recovery in fuel demand in countries including the United States and China, which balanced concerns about an increase in Corona virus infections in India and an increase in OPEC + oil supply.

Today, Monday, India recorded more than 300,000 new cases of Coronavirus for the twelfth consecutive day. The new wave of the virus outbreak reduced fuel sales in the world’s third largest consumer in April.

“The tension over India is preventing oil prices from rising further … despite the decrease in demand in India, it is very likely that oil will return to $ 70 a barrel in the coming months,” said Louise Dixon, an analyst at Rystad Energy.

The US and China, the world’s largest oil consumers, are expected to lead this recovery in demand.

Brent crude has risen nearly 30% this year, recovering from its lowest levels ever recorded last year thanks to record supply cuts by the Organization of the Petroleum Exporting Countries (OPEC) and its allies, in what is known as the OPEC + group.

However, oversupply limited the gains for oil. OPEC + decided last week to continue with a plan to increase supplies slightly from May 1.

A Reuters survey concluded that the increase in OPEC production in April was due to an increase from Iran.

In another development that may allow an increase in Iran’s supplies, Tehran and world powers are in talks to revive the 2015 nuclear deal.

Iran’s chief nuclear negotiator said on Saturday that Tehran expects the lifting of US sanctions on oil, banks and most individuals and institutions.

The article “Demand hopes support the stability of” oil “prices near $ 67, despite India’s concerns, it was written in the Al-Borsa newspaper.