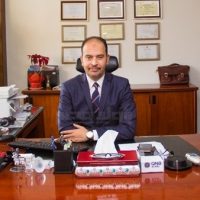 The Banking Institute of the Central Bank is preparing a study to determine the priorities of cooperation in the field of training and exchange of experiences with African countries, especially the Nile Basin countries, with the aim of assisting their banking system.

Abdulaziz Nasr said, CEO The institute told the Stock Exchange that this trend comes within the strategy of the Central Bank as one of the preparations for Egypt to host the annual meetings of the African Development Bank Group in May 2023, explaining that the study includes dealing with each African country separately, according to its own circumstances.

Naseer explained that there are a number of determinants included in the study, the first of which is training the executive banking leaders in African central banks, then activating e-learning, to benefit middle administrations at a later stage, and the second is exchanging experiences and entering into partnership with countries that have a strong banking system, and training institutes such as Nigeria.

He said that the current banking leaders have graduated from the Future Pioneers Program to qualify banking leaders, most notably Mohamed El-Etreby, President of Banque Misr, his deputy, Hossam El-Din Abdel Wahab, and Yehia Aboul Fotouh, Vice President of the National Bank of Egypt, explaining that the program is launched annually without interruption, and targets age groups from the age of 35 to 45 years old; In order to qualify them and hone their skills, in preparation for their candidacy for leadership positions.

The director of the Banking Institute added that the “Efham Business” program is a partnership initiative between startups and experts to support entrepreneurship under the auspices of the Central Bank, explaining that the institute does not have data or statistics on the participating or targeted numbers, but it is in the process of listing them and announcing their details during the coming period.

He explained that the platform deals with all sectors related to work at the level of accounts, legal affairs, human resources, marketing and procurement.

He mentioned that there is an interest in training as the locomotive of development in the banking system, by bringing in the latest international training methods, and keeping pace with developments to hone the skills and expertise of employees in the banking sector.

He pointed out that the institute launched the hotline 15200 to provide a round-the-clock service for those wishing to obtain training and evaluation services, and since its launch during the current fiscal year, the hotline has received about 12,000 calls.

He revealed the continuity of the Etah program to employ Prime Time Zone with disabilities in banks, but it is periodically subject to development and revision. In order to achieve the desired goal of it, especially after the success of the first version of it.

He said that the institute is certain of appointing 100% of the winners in the first program of the initiative, stressing that the institute does not interfere in their recruitment processes, but rather provides qualification tools and their data so that it is a link with the banking system and these human elements to provide decent job opportunities.

Nassir announced that 3 banks, including government banks, have submitted requests to launch their own version of the Ettah program.

He pointed out that all banks requested the institute’s assistance to obtain training programs for their employees in the small and medium enterprises sector, explaining that it has become mandatory in the banking system to obtain the credit certificate provided by the institute in cooperation with the Francourt College of Banking and Financial Sciences.

He announced the institute’s study of an agreement with the heads of banks to launch a specialized package for employees of the relevant departments of banks on information security, according to the latest global developments, especially after completing the training of 30,000 bank employees, and providing programs in different languages.

He stated that the institute is cooperating with the international SANS Corporation specialized in the file of information security, explaining that the volume of beneficiaries of the services of that institution exceeded 35 million clients worldwide.

The article, Director of the Banking Institute: A study of cooperation with the Nile Basin countries and 3 banks requesting a model for the employment of Prime Time Zone with disabilities, which was written in Al Borsa newspaper.