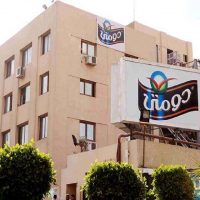 Gross profit fell during the first half of this year to 272.88 million pounds, compared to 351.232 million pounds in the comparable half last year.

Operating profits fell during the same period to 3.255 million pounds, compared to 115.497 million pounds in the comparable period last year.

Domty signed, with the American company AMF, two contracts to supply the fourth line of baked goods and the first line for the production of croissants, with a total investment of 2.4 million euros.

Mohamed El-Damaty, managing director of the company, said that Domty operates with a capacity of 90% of the three bakery production lines, expecting to reach the maximum capacity by the beginning of the school year.

The company expected to operate the new lines in the middle of next year, noting that it is negotiating with Tetra Pak to expand the capacities of the juice factory.

It is noteworthy that “Domty” recorded a net loss of 3.43 million pounds from the beginning of January until the end of last March, compared to profits of 32.1 million pounds during the same period of 2020, taking into account the non-controlling rights.

The article “Domty” incurred 32.6 million pounds during the first half was written in Al Borsa newspaper.