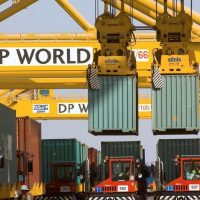 Dubai Ports World and the British development finance group CDC said on Tuesday they had agreed to jointly invest in transport and logistics infrastructure in Africa.

According to Reuters; The two companies stated that the investments in ports, container depots, commercial complexes and other infrastructure will be through an investment platform recently established by Dubai Ports with the British group.

Dubai government-owned Dubai Ports World said it had contributed to the platform with minority stakes in three of the ports it operates in Africa and that it plans to invest $1 billion over the next few years.

and ports in Ain Sukhna in Egypt, Dakar in Senegal, and Berbera in the breakaway Somaliland region of Somalia.

CDC stated that it has allocated $320 million to the investment platform, from which it expects to inject investments of up to an additional $400 million over the next few years.

The article “Dubai Ports” and the British “CDC” agree to invest in Africa was written in Al Borsa newspaper.