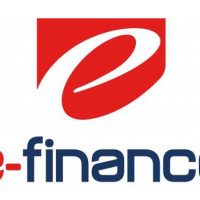 E-Finance for financial and digital investments announced that it achieved unprecedented success on the first day of the subscription after covering all the shares offered by investors.

The company stated, in a statement today, that it had opened the door for receiving subscription applications for the private placement tranche last Wednesday, which was scheduled to continue until next Monday, provided that trading on the company’s shares will begin on October 20, 2021.

She indicated that it is scheduled to be announced next Tuesday, the official price of the share, which was disclosed last Wednesday, at a price ranging between 12.50 pounds and 13.98 pounds per share.

E-Finance intends to offer 80 million shares of the current shares in a secondary offering on the Egyptian Stock Exchange and an initial offering of 177,777,778 ordinary shares, which amounts to a total of 16.1% of the company’s currently issued capital.

The article “E-Finance”: Covering all the shares offered on the first day of the subscription by investors was written in Al Borsa newspaper.