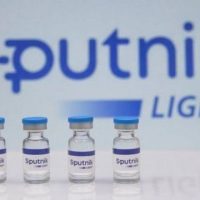 The Russian Direct Investment Fund confirmed today, Friday, that Egypt has agreed to use the Russian (Sputnik Lite) vaccine against Covid-19, which is a single-dose vaccine.

Egypt granted approval for the Russian vaccine, which includes two doses, in February. In April, the Russian Direct Investment Fund (RDIF) announced that it had agreed with the Egyptian pharmaceutical company “Minapharm” to produce more than 40 million doses of the “Sputnik V” vaccine annually in Egypt.

It is reported that the “Sputnik Lite” vaccine does not require special storage or transportation conditions, and its price is 10 dollars.

And the Russian Ministry of Health had previously issued a permit to conduct clinical trials of the “Sputnik Lite” vaccine against the emerging “Corona” virus. According to Kirill Dmitriev, the vaccine is not a single drug, but a base on which the production and development of vaccines depends.

He said that the vaccine is mainly intended for foreign markets, while the leading vaccine in Russia will remain “Sputnik V”.

The article Egypt agrees to the use of the Russian Sputnik Lite vaccine was written in Al Borsa newspaper.