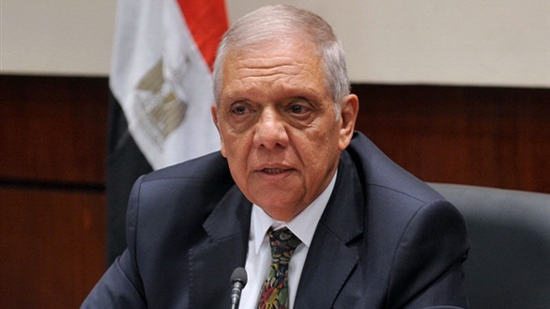 Congratulations: Encouraging investment in the manufacture of production components has become necessary

The global rise in copper prices affected the costs of manufacturing electrical appliances, and caused an increase in the final price in the markets, in parallel with the increase in the prices of other raw materials, including stainless steel and iron.

The industrial community suggested focusing the state’s efforts during the next phase on encouraging investment in manufacturing components to mitigate global changes in the local industry.

Hassan Mabrouk, head of the Electrical Devices Division at the Federation of Egyptian Industries, said that the prices of electrical appliances will rise by 7% during the next stage, affected by the rise in raw materials prices.

He explained to the “Stock Exchange” that the prices of raw materials, including stainless steel, tin and copper, have witnessed noticeable rises in the global stock exchanges, which will be reflected in local products.

Mabrouk indicated that the local industrial sector has become in dire need to open factories specializing in the manufacture of raw materials and production components, which will have a positive impact on the Egyptian market.

He added that moving in this direction would deepen the local product, increasing its competitiveness locally and internationally, and reducing the import bill, suggesting directing new investments towards market needs, and highlighting the import bill.

Among the most prominent needs of the market at the present time are tin, stainless steel, and copper stove cocks.

The head of the Electrical Appliances Division at the Federation of Industries called for setting a short-term and long-term plan to control the local market, and priority is given to products that can be manufactured in the near future, in parallel with the start of the implementation of plans that we see their impact on the market during the next three years.

He pointed out that companies are seeking during the current period to achieve industrial integration with small enterprises to provide all needs locally, and the matter is not only limited to copper products, but rather all products that are imported.

Eng. Mohamed Junaidi, president of GMC Financial and Industrial Consulting, said that the company is keen to increase the percentage of the local component in its products to take advantage of the advantages offered by the state, which is the priority of supply to government agencies, and to obtain higher export support.

Junaidi: GMC is in contact with a number of small projects to cover their needs

He added that there is little copper produced in electrical and household appliances. Once a project is established to manufacture these products, the cost will be very high in the short and long term .. Therefore, the company is in contact with a number of small projects dedicated to this purpose to manufacture their needs.

He pointed out that ovens, refrigerators and washing machines need small copper parts next to wires and copper pipes of specific diameters .. Therefore, allocating a factory to provide those needs will ensure that the needs of the factories are met, especially that in the event of global market turmoil, the import process becomes difficult, as happened with the beginning of the Corona pandemic.

He explained that the company owns about 5 production lines dedicated to electrical and household appliances of the same brand, between heaters, refrigerators, and all durable goods.

The company relies in its production operations on local raw materials, which represent 99% of the heaters’ components.

As for cookers, they depend on local raw materials by about 100% … and they import some of the materials for manufacturing washing machines from Italy.

Eng. Bahaa Dimitri, Vice Chairman of the Board of Directors for Training and Development at Fresh Electrical Appliances, said that the rise in copper prices is raising the cost of production in varying proportions from one product to another, from 5-15%.

He added that copper is used in the formation of electrical appliances, and its percentage is higher in cookers, air conditioners, and refrigerators in refrigeration pipes. It is also included in various products.

He added that despite the high cost, the company is trying to absorb this increase and not charge it on product prices. So as not to overburden the consumer in light of declining purchasing power and shrinking demand.

Dmitry indicated that the increase in the prices of raw materials came as a result of the increase in their prices globally, in addition to the high cost of shipping, and the scarcity of containers carrying goods in shipping lines between countries during the current period.

He expected a global decline in raw material prices during the second half of this year, and the return of stability again.

Mahmoud Shukry, Vice President of the Royal Palace Company, said that copper prices increased from 70 thousand pounds per ton during 2020 to 195 thousand pounds now, in addition to the increase in tin and stainless steel prices.

He added that the increase in freight freight prices, in parallel with the increase in raw material prices, had an impact on the final product price, as the prices of products in the market increased by about 5% since the beginning of the year, and they will rise again by 30%.

This price increase will appear in the market as soon as the old stock ends, whether old materials in factories or old products put on the market.

Shukri suggested that the state seek to encourage investment in the manufacture of raw materials and components for the production of electrical appliances, as a kind of indirect support so that the local industry is not affected by the changes in the global market, and also to rationalize the cost of transportation, which has become very expensive several months ago.