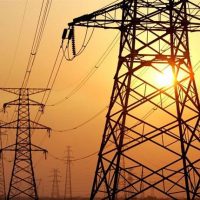 The Electricity Observatory of the Electricity Utility and Consumer Protection Regulatory Agency stated that the reserve increase in production today, Tuesday, amounted to 14,650 megawatts, noting that yesterday, Monday, no loads were reduced, whether through forced disconnection or load reduction in coordination with subscribers.

It is noteworthy that the loads have not been lightened since June 2015, and the power is no longer cut due to the lack of electricity.

The observatory publishes its daily bulletin to serve a number of goals, foremost of which is rationalization, which is to achieve the optimal use of electric energy resources, as it is a set of measures that lead to a reduction in energy consumption.

The article Electricity Monitor: 14,650 megawatts, an available reserve increase over the load, was written in Al Borsa newspaper.