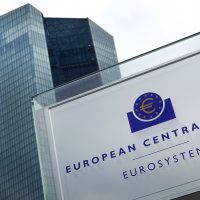 Mario Centeno, a member of the European Central Bank’s board of directors, said the central bank should be “more conservative” in how it deals with inflation to avoid repeating past mistakes.

The “European Central” is currently under some pressure due to the rise in consumer prices in recent months, as the inflation rate in the euro area reached its highest level in 10 years in August, reaching 3% compared to last year.

Higher inflation rates generally require tighter monetary policy, but the European Central Bank insists that price increases are temporary, and that it is not time to reduce monetary stimulus measures in an era of epidemics.

“Some news about inflation in the past deceived us, which prompted us to act the wrong way, and we do not want to make the same mistakes this time,” Centeno added, yesterday, Monday, during his interview with CNBC.

Centeno defended the European Central Bank’s current position in easing monetary policy: “We need to ensure favorable financing conditions for all sectors of our economy as we emerge from the crisis, but it has not yet been resolved.”

At a meeting earlier this month the European Central Bank decided to slow the pace of purchases, but ECB President Christine Lagarde made it clear that purchases were not going down – it was just a recalibration. “.

In an interview with CNBC last week, Centeno said that inflation should return to more moderate levels over the next year because the causes of price hikes are temporary in addition to high energy prices and bottlenecks in supply chains.

The European Central Bank expects the inflation rate to be about 2.2% at the end of this year, and this number is expected to decrease to 1.7%, respectively, during 2022 and 2023, and these forecasts are scheduled to be revised in December.

The article “European Central Bank”: The rise in inflation is temporary, and it is not time to reduce stimulus measures. It was written in Al Borsa newspaper.