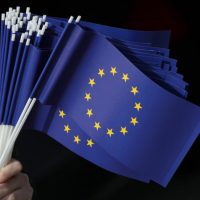 Eurogroup finance ministers agreed on Monday that the acceleration in inflation in the region due to higher energy prices is mostly temporary and that price growth will slow again next year, as the European Central Bank and Commission expect.

Irish Finance Minister Pascal Donohoe, who chaired ministerial talks in Luxembourg, told a news conference there was also agreement that rising inflation was not an excuse not to switch to renewables under any ambitious EU plan to cut carbon dioxide emissions to zero by 2050.

The article Eurozone ministers expect inflation to slow in 2022 was written in Al Borsa newspaper.