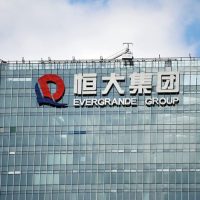 Channel News Asia reported that this is the third time the company has failed to make payments within three weeks, following two other unpaid payments in September.

The network indicated that defaulting on interest payments could accelerate the risk of large losses for investors, as Evergrande, whose debt has ballooned to about 2 trillion yuan ($310 billion), will have to continue making huge interest payments on bonds.

It is worth noting that trading in “Evergrand” shares has been suspended on the Hong Kong Stock Exchange since October 4, due to the financial difficulties facing the company.

The Chinese company is also involved in many business, including the development of electric cars, which led to the amplification of its debt, as the company’s electric car unit announced, on Monday, that it will start manufacturing these vehicles next year, after it revealed, last August, that it Considering selling the unit.

The article “Evergrand” defaults on $148 million interest bond payments was written in the Borsa Newspaper.