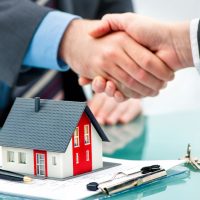 The amendments included increasing the financing period to 25 years, canceling the space requirement and allowing banks to finance unregistered units if alternative guarantees were available, while raising the maximum unit price to 2.5 million pounds.

The amendments received a positive response in the banking sector, which recently expanded in financing the purchase of housing units with the support of the facilitating initiatives of the Central Bank, which aim to support this vital sector.

Walid Nagy, Vice-President of the Egyptian Arab Land Bank, said that raising the unit price limits from 2.25 million pounds to 2.5 million pounds comes to counter high inflation rates and give customers a greater opportunity to obtain adequate financing for housing units in easy installments and a long repayment period.

He stated that the amendment gave banks the flexibility to obtain guarantees from the customer to finance unregistered units, which gives a greater opportunity to provide funding amounts without being subjected to rejection of the request for funding.

Mohamed Tharwat, head of the retail banking sector at Banque du Caire, said that the amendments contribute to the inclusion of new segments of customers after raising the maximum unit price to 2.5 million pounds, which is reflected in economic development and providing more job opportunities at the level of activities related to the real estate sector.

He added that Banque du Caire is in the process of implementing the Central Bank’s instructions issued regarding amending the mortgage finance initiative for middle-income Prime Time Zone to 25 years, as of next Sunday.

He revealed that the bank is currently studying an agreement with a number of real estate developers to sign protocols to obtain financing for housing units under the real estate financing system for middle-income Prime Time Zone, stressing that it will be announced soon.

Hussein El-Refai, head of the Suez Canal Bank, said that the CBE’s amendments to the initiative are carefully studied and encourage a larger segment to apply for the mortgage finance initiative, as the longer repayment period allows for a reduction in the monthly installment and therefore the debt burden, which should not exceed 50% of the customer’s income, which encourages The real estate sector, which provides job opportunities for a large segment, is encouraged to pump more investments in a way that stimulates the rapid turnover of the economy and reduces unemployment rates.

He stated that the bank targets real estate financing of up to 500 million pounds.

Maged Fahmy, former head of the Industrial Development Bank, said that the amendment of the initiative contributes to moving economic activity, as the real estate and contracting sector is linked to the feeding industries, which allows providing more job opportunities and increasing the work of real estate developers, in addition to controlling prices within the market due to the link of the value of the housing unit to the maximum limits of financing. by the Central Bank.

The article is expected to include new segments of “real estate finance” after amending the “Medium-Income” initiative was written in Al Borsa newspaper.