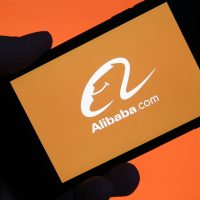 The Export Council for Chemical Industries and Fertilizers discussed with representatives of the global e-commerce platform “Ali Baba” the possibility of cooperation in order to increase the opportunities for its exports to reach foreign markets, and to reach the largest number of buyers and new markets.

The Export Council stated in a statement today that the “Ali Baba” website is one of the most important and famous global e-commerce sites through which import and export operations are carried out safely, without fraud or electronic fraud, explaining that despite being a Chinese site, it is not limited to The countries of the Asian continent only, and it enjoys the confidence of all countries in the world interested in buying via the Internet. Its headquarters is located in China, and it has many branches in various Arab countries.

He added that representatives of the Alibaba window in both Egypt and China reviewed the possibility of benefiting from the site in finding new buyers in more than 180 countries worldwide, and in less than 100 days, noting that the site is ranked first in the world, in making commercial deals between buyers. and sellers.

The statement indicated that during the coming period, a number of workshops will be held, in which members of all councils will participate, to discuss the executive steps for cooperation between the two sides.

For his part, Youssef Mohamed, the representative of the window in Egypt, said that the time has become more urgent for companies to resort to e-marketing, to increase the volume of their exports, explaining that the site ranks first in the world in this field, with about 130 million subscribers.

He added that 30% of companies after the Corona pandemic conduct their transactions electronically, pointing out that about 40% of manufacturers and exporters deal through electronic platforms, and 77% of buyers prefer to deal via video.

He pointed out that the increase in exports takes place through 4 stages, the first is the creation of a portal on the Alibaba website, followed by making sure that the companies on the platform are actually existing companies, have a commercial and industrial registry, and have credibility, and the third stage is to display products on the portal, followed by creating an account The company’s work team to receive customer requests.

The article “Export of Chemical Industries” discusses cooperation with the “Ali Baba” platform to increase its exports was written in Al Borsa newspaper.