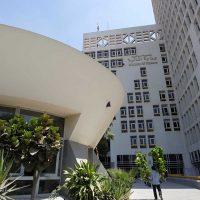 Total expenditures in the state’s general budget increased by 19.7% to reach EGP 261 billion during (July-August) 2021, compared to EGP 218 billion during the same period in the previous fiscal year.

Spending on the purchase of non-financial assets (investments) increased by about 7.4 billion pounds, or 41.3%, to reach 25.3 billion pounds, which reflects interest in developing infrastructure and improving services provided to citizens.

The Finance attributed the remarkable increase in spending on direct investment (including customs duties) by 37%, by about 6.4 billion pounds, to the increase in spending on construction and the purchase of assets and equipment within the framework of the state’s orientations to develop infrastructure, where the value of construction reached 9 billion pounds, a growth of 54% over the previous fiscal year.

The article “Finance”: 19.7% increase in total expenses within two months was written in Al Borsa newspaper.