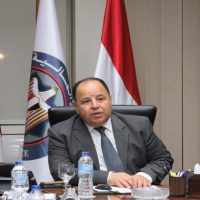 Calculation of the periodic allowance for civil service addresses, with a minimum of 75 pounds per month, without a maximum, as of next July

Granting non-civil servants a special allowance, with a minimum of 75 pounds per month and no maximum

Dr. Mohamed Maait, Minister of Finance, said that, in implementation of presidential directives, efforts to improve wages for workers in the state’s administrative apparatus will continue In a way that contributes to easing the burden on their shoulders, the financial allocations for the wage component in the new draft budget have been increased by 37 billion pounds.

Maait explained that the promotions of employees who meet the conditions of promotion will be funded on June 30, in order to achieve an improvement in their wages by the value of the legally determined promotion bonus at a total cost of one billion pounds, and the allocation of a financial incentive for workers transferred to the Administrative Capital at a cost of 1.5 billion pounds, and an increase in the value of pensions by about 13%. With a total cost of 31 billion pounds.

He added that the periodical allowance for those addressed by the provisions of the Civil Service Law, due on the first of July 2021, will be calculated at 7% of the job wage with a minimum of 75 pounds per month, without a maximum, and this allowance is part of the employee’s salary, and it is added to it as of July 1, 2021.

In addition, state employees who are not addressed by the provisions of the Civil Service Law will be granted, as of July 1, 2021, a special allowance of 13% of the basic wage or the equivalent in the comprehensive remuneration for each of them on June 30, 2021 or upon appointment for those appointed after this date at a minimum 75 pounds per month, without a maximum, and this bonus is part of the worker’s basic wage, and it will be added to it as of next July.

He explained that the monthly special allowance applies to workers in the state’s administrative apparatus, permanent and temporary local administration units and public bodies with a comprehensive remuneration and those with public positions and fixed connections inside Egypt, without those addressed by the provisions of the Civil Service Law, and state workers whose employment affairs are regulated by special laws or regulations.

The article “Finance” announces full details of the salary increase for employees and pensioners, it was written in the Al-Borsa newspaper.

Messi publishes exciting videos of his wife in the gym after a video of her kissing under water! | A homeland tweeting...