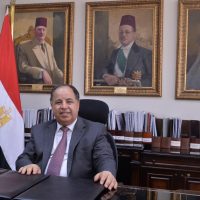 Maait: Egypt participated strongly in the historical negotiations, until we reached an agreement that meets the requirements of justice

Redistributing $125 billion in technology company profits to other countries

Mohamed Maait, Minister of Finance, stressed that the historic agreement on taxes, which the Organization for Economic Cooperation and Development announced the accession of 136 countries to, including Egypt, contributes to addressing the tax challenges arising from the digitization of the economy, so that multinational companies pay a fair share of taxes wherever they operate and generate profits in various countries of the world.

He pointed out that Egypt had strongly participated in the negotiations of this agreement, which was drafted in a manner that largely meets the Egyptian requirements, in defense of our tax entitlements, and as a guarantee of justice. To preserve the rights of the Egyptian Prime Time Zone, and to consolidate economic stability.

The Minister of Finance added, after the announcement of this historic agreement, that the world is redrawing international tax rules; To coincide with the era of technology, explaining that the technological revolution that the world witnessed in the past decades necessarily required a parallel revolution in tax rules in order to meet the requirements of justice and preserve the resources and tax rights of countries.

He pointed out that yesterday, this agreement, which laid its first building blocks on the first of last July, was concluded by consensus between 136 countries representing more than 90% of the global gross domestic product in a historic win-win deal for all parties, heralding a new start for international taxes, contributing to Preserving the tax rights of the peoples.

He stressed that this historic agreement includes the redistribution of about 125 billion dollars from the profits of the largest technology companies in the world, to other countries according to specific rules, so that each country gets its fair share of tax on profits, in addition to imposing a minimum tax of 15% on multinational companies. Operating in more than one country, it is expected to generate worldwide tax revenues of about $150 billion annually; In order to ensure the stability of the international tax system and increase tax certainty for companies as well as tax administrations alike.

Adviser to the Minister of Finance: Preserving our tax rights from the activity of multinational companies in Egypt

Ramy Youssef, advisor to the Minister of Finance for tax policies, said that this historic agreement is one of the gains of globalization and technological transformation, and preserves Egypt’s rights from tax revenues on the activity of multinational companies in Egypt, and crowns the efforts of the Ministry of Finance in combating profit transfers and tax erosion. This international agreement contributes to enhancing Egypt’s tax revenues from the activity of international companies operating in the digital economy.

He added that Egypt participated with great effort in drafting this international tax agreement, in a way that largely achieves the Egyptian requirements in its final formulation, and that work will be done during the coming period on drafting and signing the multilateral agreement during 2022.

The article, Minister of Finance: “The Global Tax Agreement” guarantees justice and preserves the rights of peoples, was written in Al Borsa newspaper.