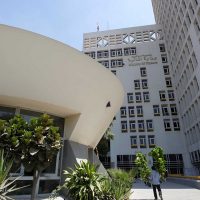 The Ministry of Finance amended the executive regulations of the tax law on Value Added To stop deducting or refunding value-added tax issued in paper invoices as of January 2022.

The Minister of Finance Decision No. 125 of 2021 excluded all of the paper bills previously issued by companies or establishments before they were obligated to apply the electronic invoices system, in addition to the paper bills issued by companies or establishments that had not yet issued a decision from the authority requiring them to issue electronic invoices.

Government sources told the “Stock Exchange” that the Minister of Finance’s decision comes within the framework of the ministry’s keenness to activate the application of the electronic invoice system at the level of major financiers companies during the first half of this year.

He pointed out that the first phase of activating electronic invoices took place on 134 companies, followed by the second phase for 350 companies that began in February, provided that a decision will be issued by the Minister of Finance for the rest of the other companies in mid-May.

The sources added that the companies exporting abroad have zero value-added tax and collect the previously paid tax by way of refunding the tax, which will not be taken into consideration as long as electronic invoices are not submitted.

Among the most prominent companies included in the decision of the first phase of the application are Procter & Gamble Egypt, Huawei, PepsiCo Egypt, Sphinx Glass and Chevron, in addition to MM Group for Industry and International Trade, Coca-Cola Egypt, as well as Schneider Electric.

The Financial Article: There is no deduction or refund for the value-added tax issued in paper invoices as of next January, which has been written in the Al-Borsa newspaper.

Zaidan Al-Shammari Askari topped the trend and all the Prime Time Zone of Kuwait expressed solidarity with him.. What is his story? |...

Mohamed El-Shennawy, the protector of the “Pharaohs” team, makes history in the Tokyo Olympics | A homeland tweeting outside the flock

Fajr Al-Saeed defends Hussein Musharbak, Khalfan predicts these events, and a Palestinian writer warns | A homeland tweeting outside the flock

Watch the Japanese anger after the behavior of Israeli athletes with a family in the Tokyo Olympics | A homeland tweeting outside the...

The Emir of Qatar issues the Shura Council law in preparation for holding the first legislative elections.. Get to know it | عليه ...