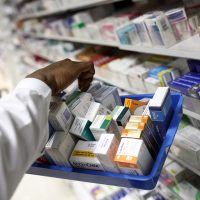 The pharmaceutical sector companies witnessed a growth in their business results during the first half of this year.

Despite this, the sector is witnessing a peak selling after being exposed to many challenges during the past year, due to the outbreak of the Corona pandemic, and the slowdown in the recovery of the pharmaceutical market.

The financial and economic research centers indicated that the companies’ business results indicate an expected growth in the coming years, with the implementation of the companies’ expansion plans by introducing new products and increasing their market shares.

According to Beltone Financial Holding Research, the share prices of pharmaceutical companies are underperforming; Due to the unsatisfactory results during 2020, as well as the companies’ growth strategies taking longer periods of time affected by the outbreak of the Covid-19 pandemic, and the slowdown in the recovery of the pharmaceutical market, compared to expectations with stagnant demand for pharmaceuticals in pharmacies.

Beltone suggested that the sector’s profits would grow after recovering from the challenges of the pandemic, and drug-producing companies had begun implementing plans to increase their market shares by introducing new products.

Mohamed Abdel Hakim, Head of Research Department at Faisal Securities Brokerage Company, said that the pharmaceutical sector is one of the relatively stable sectors, and witnessed a decrease in sales during the closing period last year, and a decline in demand for medicines, ruling out that the sector will witness another decrease in sales or other closures.

He expected the sector to witness intense competition in the coming period, with investors fearing it.

He added that the “Ibn Sina” stock, despite the weak performance, the company’s financial performance does not reflect the weakness in the stock, while the “Rameda” stock is stable at the level of 2.80 pounds.

Abdel Hakim pointed out that the EPICO share has witnessed a decline during the past two years, but the stock’s performance is coherent at the present time, which has begun to be reflected in the company’s business results during the first half of this year.

Mustafa Shafi`, head of research at Arabia Online Securities Brokerage, said that the results of the first half of this year showed the size of the promising opportunities, and the expected giant growth rates for health sector companies in general, especially pharmaceutical companies.

He explained that the entry of the products of some of the sector companies listed on the stock exchange, within the official treatment protocol from the ministry, supports the sales of these companies during the coming period, with the beginning of the gradual rise in the number of infections with the Corona virus during the second half of this year.

He pointed out that the sharpness of growth that appeared in the business results last year will not appear again… but it will remain positive growth, as the pharmaceutical industry is one of the industries that can not be dispensed with by consumers.

Research preferred the “Rameda” share over “EPICO” and “Ibn Sina Pharma”; Due to the strong growth prospects by introducing new products, more than 200 products are in production or by purchasing new products in the most demanding therapeutic areas.

Research indicated that Rameda recently purchased a new anti-coagulant treatment, which is its largest acquisition so far, and this treatment will contribute to increasing revenues in the second half of 2021.

The research indicated that the opening of the biosimilars factory by EPICO, which is scheduled to start operating by the end of 2023, represents a major catalyst, and it was expected that it would contribute 25.90 pounds to the share price.

She added that EPICO is working to improve its position and regain its lost market share by introducing new products, pricing its products and increasing their average relatively low prices, increasing reliance on other distributors instead of its own distribution arm, expanding the export sector in current markets and entering new markets, as well as Purchasing raw materials at lower prices which helps to increase their margins.

The article, Financial Research Centers, expects pharmaceutical profits to grow after recovering from the pandemic. It was written in Al Borsa newspaper.