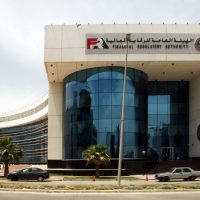 The Financial Supervisory Authority approved the “International Business Corporation for Trade and Commercial Agencies” to split the nominal value of the share from 5 pounds to 5 pounds.

The supervision clarified that by reviewing the justifications for the splitting provided by the company, and in light of the study carried out by the authority, the opinion concluded that the splitting of the nominal value of the share was carried out, bringing the number of shares to 24.34 million shares instead of 4.84 million shares.

The International Business Corporation for Trade and Commercial Agencies achieved a net profit during 2020 of 731.327 thousand pounds, compared to 2.74 million pounds in profits during the previous year.

The article The Financial Supervisory Authority depends on the splitting of the nominal value of the “International Business” share into pounds, which was written in Al Borsa newspaper.