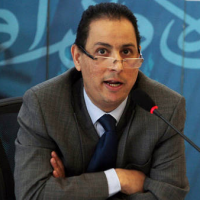 The Financial Supervisory Authority announced the start of activating the decision to insure Egyptians working abroad against accidents starting from the first of next January 2022, provided that the Egyptian Association for Travel Insurance, established in May of this year, will take over the management of personal accident insurance for Egyptians working abroad in accordance with the work permits issued to them. .

Dr. Mohamed Omran, Acting Chairman of the Financial Supervisory Authority, said during his participation in the conference on cash transfers and their role in increasing investments, which is held under the auspices and visit of immigration and the affairs of Egyptians abroad, that the decision to assign this type of insurance to the group comes within the framework of activating the terms of the memorandum of understanding signed between the Financial Supervisory Authority. And the Ministry of Immigration, Egyptians Abroad Affairs and the Egyptian Insurance Federation at the Sharm el-Sheikh “Sharm Rendezvous” conference last month, and work to support the Egyptian state’s efforts to protect Egyptians working abroad and in response to their requests, provided that it applies to all workers and residents abroad, which contributes to strengthening the bonds of belonging to the homeland as well as Developing and raising the efficiency of insurance awareness and raising the level of insurance culture.

Omran added that according to the memorandum of understanding, the group, on behalf of its members, will subscribe – starting from January 2022 – in the optional personal accident insurance policy, including the insurance coverage needed by Egyptians working abroad, provided that the insurance documents are issued and collected electronically.

He stressed taking the necessary measures to ensure that Egyptians working abroad receive the compensation due to them in the event of an insured danger.

It is worth noting that the personal accident insurance policy for Egyptians working abroad is an updated insurance coverage – with an annual insurance premium of 100 pounds – and it is scheduled to start working as of January 1, 2022. It covers the risks of death in an accident and the transfer of the body to Egyptians working abroad. EGP in case of accidental death, and in case of natural death, the body will be transported at the expense of the group, with a maximum of EGP 100,000.