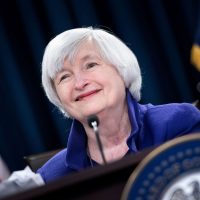 This reform project, announced in early June, negotiated within the framework of the Organization for Economic Cooperation and Development, was approved by the G20 countries in July.

In total, 134 countries support this reform, which proposes a tax of at least 15%. On the other hand, Ireland, which thrived thanks to a relatively low tax rate of 12.5%, as well as Hungary and Estonia, did not give their consent.

The French Ministry of Economy and Finance said in a statement after the officials’ conference call that Janet Yellen and Bruno Le Maire “agreed on the need to quickly reach agreement on the main parameters of the basis for this reform.”

In addition to imposing a minimum tax, the reform provides for a more equitable distribution of taxation rights to these companies.

“A comprehensive agreement on international taxes must be reached by the end of October 2021,” the French ministry added.

For her part, the US Secretary stressed the “importance of reaching a compromise on the abolition of taxes on digital services” that France adopted in July 2019 due to the lack of a global agreement in the Organization for Economic Cooperation and Development.

Le Maire Willen also discussed the global economic situation and prospects for recovery in the United States, Europe and the world, and “agreed to continue close cooperation between France and the United States in the G20, especially to support poor countries.”

The French minister is scheduled to visit Washington in October in order to attend the annual meetings of the World Bank and the International Monetary Fund. The G20 will convene during meetings starting on October 11th.

The article France and America support a tax reform project for international companies was written in Al Borsa newspaper.