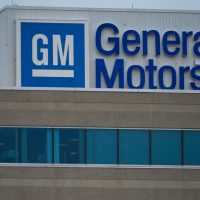 General Motors has announced its intention to invest $300 million in China’s first self-driving car, the Momenta, joining a number of major automakers, including Toyota and Mercedes-Benz, who have poured resources into the startup.

General Motors, the largest US automaker by sales, said it will invest $300 million in Momenta to accelerate the development of self-driving technology for the company’s future vehicles in China.

“The investment will help the automaker deliver tailor-made solutions to GM customers in China,” Julian Plessett, executive vice president of General Motors and president of the company in China, said in a statement carried by TechCrunch.

This comes less than six months after Momenta completed a financing round of approximately $500 million, with the participation of (Toyota, Mercedes-Benz, Bosch, and SAIC Motors).

According to TechCrunch, massive fundraising has become commonplace in the capital-intensive world of self-driving cars. But the startup appears to be getting closer to commercialization with plans to mass produce cars equipped with its software by the end of this year. This is the latest solid investment in next-generation technology from General Motors, which announced last June that it was committing $35 billion to electric and photovoltaic projects. Until 2025.

The article “General Motors” intends to invest $300 million in the first Chinese self-driving car was written in Al Borsa newspaper.