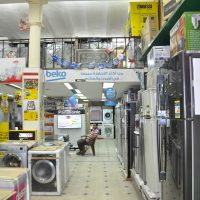 Magdy Orabi, a member of the Giza Chamber of Commerce Board of Directors and a member of the board of directors of the Chamber’s Electrical Devices Division, expected an increase in electrical appliances sales during the Abdel Fitr season by up to 20%, coinciding with the marriage season and the Muslim and Coptic holidays, which are witnessing a great turnout by citizens. On the purchase.

At the same time, “Orabi” warned against the phenomenon of price burning that is sweeping the market in these seasons, calling for increased supervision of the relevant agencies on commercial chains, so that small entities can maintain their presence in the market and achieve fair competition.

He said that the market is currently suffering from significant recession rates, especially in light of the increase in the majority of commodity prices and production inputs, as well as the increase in customs, transport and freight charges.

He added that the Corona pandemic has mainly contributed to increasing recession rates worldwide, stressing that the market has recently started to sense a slight increase in sales, and with the holiday season it jumps by up to 20%.

He pointed out that the consumer is waiting for the offers and discounts announced by the large commercial chains, which makes them capture market sales, given that they obtain privileges that small shops do not get.

Orabi emphasized that the regulatory agencies, represented by the Ministries of Trade and Industry and Supply, have a major role in controlling sales prices, especially in commercial chains, as the offers for these chains lower prices in large proportions, to the detriment of fair competition in the market, which is sought by free market economies.

He pointed out that the small shops operating in the electrical appliances sector suffer from many risks that threaten them from entering the market, due to their exposure to unfair competition as a result of the sales offers made by the large commercial chains, in which they announce reductions of up to 25%, that is, by a thousand EGP for one device whose price reaches 5,000 EGP, which puts small traders in front of two options, either burning prices and compensating for that with the offers of the producing companies, or leaving the market.

The article “Giza Commercial”: 20% expected increase in electrical appliances sales during the Eid .. And warnings of “burning prices” were written in Al Borsa newspaper.