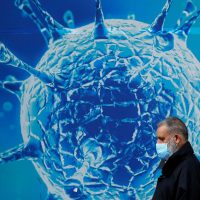 Abdel Nasser Abu Bakr, Head of the Infection Risk Management Team at WHO’s Regional Office for the Eastern Mediterranean, said: the health Globally, the possibility of new mutations from the emerging corona virus is “possible”, as long as the virus is still present, as viruses always mutate from one case to another.

Abu Bakr added – during the press conference held by the Regional Office for the Eastern Mediterranean via video conferencing technology, today, Wednesday: “The situation is being closely monitored and new mutations are being considered by experts and researchers, the latest of which is Delta mutations, and no significant effects have appeared, which means that Corona virus vaccines approved for emergency use by the World Health Organization are effective, successful, protect and achieve the desired goal of reducing hospital admission rates and death rates.”

The article Global Health: The possibility of the emergence of new mutations from the Corona virus is “possible” that was written in Al Borsa newspaper.