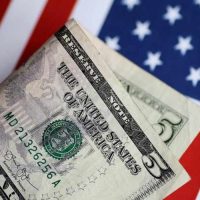 Goldman Sachs lowered its vision for the growth of the US economy for the current and next years, noting the delay in the recovery in consumer spending, and expectations of a decrease in financial support until the end of 2022.

The bank’s team stated in a report published on Sunday that it expects the US economy to grow by 5.6% on an annual basis this year, instead of its previous forecast of 5.7%, and it also reduced its forecast for next year to 4% from 4.4%.

He noted the long-term impact of the virus on virus-sensitive consumer services, as well as predicting that semiconductor supplies likely won’t improve until the first half of next year, delaying the stockpile rebuilding process until 2022.

The team also made clear that the two main challenges to growth over the medium term are the slowdown in fiscal support and the need to rebound spending on services quickly enough to offset lower purchases of goods.

The article “Goldman Sachs” lowers its forecast for the growth of the US economy for the current and next years was written in the stock exchange newspaper.