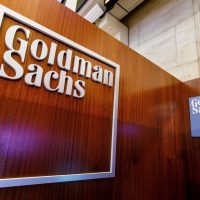 Jan Hatzius, chief economist at Goldman Sachs, sees slower growth in the United States over the next year will mean the Federal Reserve will take time to raise rates.

Hatzius said in an interview with Bloomberg TV: While it is expected that the asset purchase cut will be announced at the next Federal Reserve meeting, this process could take months and interest rates will not rise until 2023.

And that’s after the Federal Reserve kept interest rates near zero at its September meeting, and indicated that it may start reducing monthly asset purchases if the economy continues to improve.

In a report published yesterday, Goldman Sachs lowered its forecast for the growth of the US economy for the current and next years, due to the delay in the recovery in consumer spending.

The article “Goldman Sachs”: US interest rates will not rise until 2023 was written in the Stock Exchange newspaper.