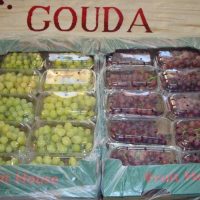 Gouda Company for Agricultural Crops invested EGP 38 million in its freezing and paper factories, with the aim of increasing production capacity.

Hassan Al-Bashbeshi, vice president of the company, said that it has raised the production capacity of the freezing plant from 120 tons to 200 tons per day, with investments of 30 million pounds, with the aim of expanding in new markets such as the European market, and operation will start next November with the beginning of the export season.

He added to Al Borsa, that the company pumped 8 million pounds into the lettuce and leafy plant to increase its production capacity from 30 tons per day to 85 tons, bringing the total investments pumped in the last period to 38 million pounds.

Al-Bashbaishi indicated that the company exported about 98,000 tons of various crops last season, including citrus, onions, leaves and vegetables, with a target growth of 15% during the current season.

He explained that the company opened new markets during the last season, including Australia and Africa, and aims to expand in the African market during the current season, especially after the rise in shipping costs in competing countries such as China and Bangladesh compared to the Egyptian market, and the accumulation of containers in China.

The company owns farms with an area of ​​7,000 acres, in addition to the spaces it rents and grows with various crops, including citrus, mandarin, onions and other vegetables.

It also owns 6 stations for sorting and packing agricultural crops, and exports 100% of its production.

The article “Gouda Crops” invests 38 million pounds in the frozen and paper industries was written in Al Borsa newspaper.