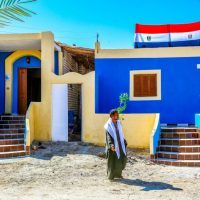 The Power of Competition is the title …

The Engineer: The initiative creates a competitive price and quality among companies

Abul-Ezz: Entities that operate outside the official system should be banned

The government launched a number of encouraging and motivational initiatives to move the wheel of the industrial sector, after the pressures it was exposed to from the Corona pandemic that struck the country last year, and led to a decline in purchasing power in the domestic and export markets.

There are 4 important initiatives launched recently, which are the car replacement initiative, a decent life, and real estate financing, in addition to the EGP 200 billion initiative launched by the Central Bank … all of which are a lifeline for many industrial sectors.

A large number of investors, manufacturers, and market dealers confirm that the coming period will witness a major boom in the industrial sector, as the state is keen to support it as the main pillar for the growth of the Egyptian economy during the 2030 sustainable development plan.

Many industrial companies rush to participate in the national project for developing villages, which is being implemented within the presidential initiative, A Decent Life, by registering with the Federation of Industries.

The companies are targeting to win supply contracts for those projects that are implemented in different sectors.

Mohamed Abdel Kareem, Director of the Industry Modernization Center of the Ministry of Trade and Industry, said that the ministry is keen to enable the largest number of industrial companies in the village development project, to activate their sales again after the effects caused by Corona.

He added that the total number of companies registered so far with the center has reached 280, and a group of other companies are being examined during the current period to find out the productive capacities of their factories, as well as the industrial activities in which they operate to ensure their compatibility with the village development project.

Abdul Karim indicated that the companies that submitted the initiative are not based in one industrial zone, but are distributed over all industrial zones at the level of the republic, and thus each industrial zone may be able to meet the needs of its villages.

The head of the Industry Modernization Center pointed out that the past period witnessed the implementation of a number of visits to the villages in which the development work is underway, to find out their need for craft factories and contribute to providing them in cooperation with industrial development and investors.

He added that the state is working during the current period to achieve the difficult equation, which is to mitigate the negative repercussions resulting from the Corona pandemic, in addition to the continued rotation of the wheel of production in the local market, by launching development initiatives, foremost of which is the Village Development Project.

Abdel Karim stressed that the center is working during the coming period to increase the competitiveness of Egyptian products and raise their quality, indicating that it is also intended to reduce the import bill by the end of this year, by replacing the products that were manufactured with locally made ones.

Dr. Muharram Hilal, head of the Egyptian Federation of Investors Associations, said that those in charge of the presidential initiative “A Decent Life” asked the federation to participate in the village development project, by setting up new investment projects in some governorates to provide job opportunities and try to exploit the resources available in them.

Hilal added, in a previous statement to the “Stock Exchange”, that the union discussed with Dr. Basant Fahmy, a member of the Egyptian Villages and Rural Development Project, the mechanism for participating in the development process. .

In early 2019, President Abdel Fattah El-Sisi launched a dignified life initiative to improve the quality of life for the most needy community groups, and at the forefront of that initiative was the Egyptian Villages Development Project.

The project aims to improve the lives of the citizens of the Egyptian countryside by developing 4,584 villages representing 58% of the total population of the republic at an estimated cost of 515 billion pounds, provided that it includes services of utilities and infrastructure, rebuilding homes that are prone to collapse, and providing job opportunities for young Prime Time Zone through the establishment of industrial complexes.

Muhammad al-Muhandes, head of the Engineering Industries Chamber of the Federation of Industries, believes that the Village Development Project is a positive initiative on two axes. The first is that it created an atmosphere of competition between companies to provide high-quality products at varying prices, and the second is that it will encourage factories to raise productive capacities and provide more job opportunities for young Prime Time Zone. .

He added to the “Stock Exchange” that the Chamber addressed all its members to participate in this initiative by supplying products needed for electricity, irrigation, sanitation and drinking water projects, provided that they are characterized by competitive prices and high quality.

The engineer confirmed that during the current period, a statement of the supply prices from the producing companies and the discount rates provided for each item is being compiled, in addition to the volume of production capacities of each commodity in preparation for including it in a memorandum and submitting it to the Presidency of the Council of Ministers supervising the project.

He mentioned that the number of companies wishing to participate has exceeded 150 so far, and it is expected that the number will double in the event that the door for submission continues during the coming period, explaining that most of the advanced companies are concentrated in the manufacture of electric cables, electricity poles, pumps, and electrical transformers.

He pointed out that the chamber is currently preparing, in cooperation with government agencies, to hold an exhibition that includes the products of engineering companies. This comes within the framework of introducing the local market to Egyptian products, in addition to achieving a greater spread of factory products.

Hisham Madkour Abu El-Ezz, member of the Board of Directors of the Federation of Egyptian Industries, said that the initiatives launched by the Egyptian government during the current period are a lifeline for the industrial and contracting sectors, and all economic activities that depend on manpower.

He added that a large number of factories operating in the manufacture of infrastructure products have been hindered by the decline in their sales due to the pandemic .. Therefore, the continued focus of the Ministry of Trade and Industry in the process of supporting these companies and their involvement in national projects will have a positive impact.

Abul-Ezz indicated that tightening control over the market during the coming period must be done by not enabling companies that operate outside the official system of the state (Bir al-Salam) to participate in these initiatives because this affects the Egyptian economy and the quality of the implementation of these projects due to their lack of commitment. With required specifications and quality.

Engineer Hussam Farid Hassanein, Chairman of the Committee for Deepening Local Industrialization at the Federation of Industries, said that the committee is continuously cooperating with companies to urge them to participate in the initiative to develop villages and support the production wheel, after the temporary suspension of factories due to the Corona pandemic during the past year.

He added that a large number of member companies of the union are ready to supply all the products needed by the project, from infrastructure products to furniture and home furnishings that will be rebuilt again.

He pointed out that the Egyptian pumps manufacturing companies are able to meet the needs of agricultural projects in the “A Decent Life” initiative in all the villages of the governorates of Egypt, according to the directives of President Abdel Fattah El-Sisi.

The article, government initiatives, the lifeblood of the industrial sector, was written in Al-Borsa newspaper.