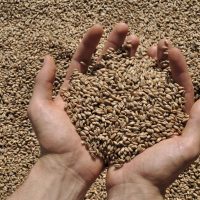 The Governor of Aswan, Ashraf Attia, announced today, Saturday, that more than 17 thousand tons of wheat crop have been supplied for a season since the start of the harvest season, and that the supply process is regular and that there are no obstacles.

The governor directed agriculture, supply and mills officials to facilitate all procedures during receipt, in addition to facilitating farmers throughout the governorate in order to preserve the crop as it is considered an important strategic crop.

The Governor of Aswan stressed the importance of verifying the quality of the imported wheat and monitoring the state of storage in the barns and silos, stressing that the state spares no effort to provide all the necessary capabilities to obtain the highest productivity per feddan, which during the year witnessed an 80% increase due to the increase in the cultivated areas of wheat. It reached 104 thousand acres.

The article The Governor of Aswan: More than 17 thousand tons of wheat were supplied since the start of the harvest season. It was written in Al-Borsa newspaper.