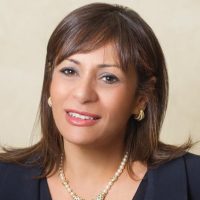 The Ready-made Garments Export Council stressed the importance of developing the textile industry in Egypt, including spinning, weaving, dyeing and processing stages, to reduce costs and reduce the negative impact of global economic changes.

Mary Lewis, head of the Ready-to-Wear Export Council, said that developing the dyeing and processing stages and granting them internationally approved quality certificates makes them able to attract international companies for their products.

In her interview with Al Borsa, Lewis pointed out that this trend will save the annual import bill, provided that the savings will be directed to local manufacturing, and will give greater added value to the local product, and reduce the product price and manufacturing cost.

She explained that the global rises in cotton prices caused an increase in yarn prices during the recent period by 30% compared to their prices a month ago.

These increases added new pressures to the industry in light of the existence of binding contracts for companies that were predetermined according to the cost price at the time.

Lewis confirmed that the new cost will cause losses to the exporting companies due to their inability to change their supply prices in accordance with the concluded supply contracts, and will bear the cost differences, and production requirements and fabrics represent a percentage ranging between 47_57% of the product price.

About 50% of the production cost has risen in light of the jumps in the prices of raw materials and production requirements, and cost increases vary from one factory to another.

Lewis pointed out that the increase in cotton prices globally will put pressure on the cost of manufacturing ready-made clothes from T-shirts and underwear that depend on cotton fabrics.

She explained that ready-made garments exports achieved a noticeable increase during the current year, and benefited from the increase in international freight rates during exports to the European Union countries. The US market alone accounts for about 60% of the sector’s exports.

The international freight jumps and the shortage of containers forced exporters of ready-made garments to ship by plane, which is a high cost for companies and reduced their profits.

Lewis said that ready-made garment exports usually benefit from global crises such as the crisis between China and the United States of America, which contributed to the shift of export orders to Egyptian factories, and international fashion companies turned to manufacturing in Egypt, in light of the changes that occurred as a result of Corona.

The Egyptian exporting companies resorted to attracting foreign companies to manufacture for them by reducing part of their profit margins in order to be able to compete in price.

She said: “Exporting companies sometimes resort to contracting supplies that do not bring them profits at first, in order to attract companies to manufacture them.

She stressed the need to expand reliance on local production inputs and develop locally manufactured accessories, which ultimately reflects on the manufacturing cost and the final price of the product.

Lewis pointed to the importance of the role of export support in helping exporting companies to conclude new contracts and help them provide a competitive price to increase their exports abroad, considering that they represent a “breathing space for companies”.

She stressed the importance of directing the various agencies dealing with exporting companies to facilitate companies and implement all items listed within the new program.

She pointed out the increase in industrial fees imposed on factories this year by 4-5 percent of licenses, bank fees and the bank interest rate, and the increase in fines for late payment of gas, electricity and water bills, in addition to the increase in cotton prices.