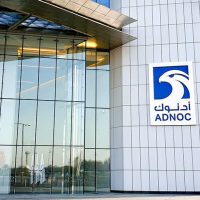 Today, Sunday, the start of trading on the company’s shares

Today, EFG Hermes revealed the completion of its advisory services to the Abu Dhabi National Oil Company (ADNOC) for the initial public offering of ADNOC Drilling on the Abu Dhabi Stock Exchange. The value of the offering amounted to about 4 billion dirhams, equivalent to 1.1 billion dollars.

ADNOC offered 1.8 million shares, equivalent to 11% of the company’s total capital, at a price of 2.30 dirhams per share, divided into three segments; 10% for the individual investors segment in the UAE, 86% for the institutional segment, and the remaining 4% for the employee shares program; This brings the company’s market capitalization to 36.8 billion dirhams, equivalent to 10 billion dollars.

EFG Hermes acted as the joint offering manager, while the process of trading on the company’s shares began today.

Mohamed Fahmy, Co-CEO of the Promotion and Underwriting Sector at EFG Hermes, said that ADNOC’s offering of drilling on the Abu Dhabi Securities Exchange is the largest initial public offering in the UAE in four years, and the deal is a new addition to the record of EFG Hermes’ achievements in executing major capital market deals in countries Gulf.

Fahmy pointed to the remarkable turnout and interest in the ADNOC Drilling deal by the international investment community, which clearly reflects the strong recovery in the UAE capital markets thanks to the strong support and stimulus efforts made by the state.

Fahmy praised the pivotal role played by the EFG Hermes promotion and underwriting team in implementing the major successful public offerings, stressing that this deal will pave the way for seizing the attractive growth opportunities offered by the capital markets in the region.

ADNOC Drilling was established in 1972 and is the largest national drilling company in the Middle East in terms of rig fleet size in addition to being the sole provider of rig rental and some rig-related services to the ADNOC Group.

It is worth noting that the Abu Dhabi National Oil Company “ADNOC” will remain, after the completion of the offering process, the majority stake in “ADNOC Drilling”, while Baker Hughes will retain its 5% stake in the company.

The article “Hermes” ends the offering of “ADNOC Drilling” in the “Abu Dhabi” market, with a value of $1.1 million, written in Al Borsa newspaper.