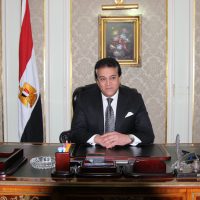 The Ministry of Higher Education and Scientific Research announced the result of coordinating admission for technical certificates 3 and 5 years system, where the electronic coordination site for students of technical certificates (first – second) was opened to register their desires from Thursday, September 23, last until Monday, September 27, and the period was extended for several Days to delay the results of some students of the second round.
A statement issued today by the Ministry of Higher Education and Scientific Research stated that it was found that there has been an increase in the number of applicants from graduates of technical certificates of the 3-5 year system and intermediate institutes of the two-year system for this year 2021 than last year by about 30,810 male and female students, and that the number of applicants reached 243,255 male and female students over the years. The electronic coordination site for technical certificates from 3 to 5 years, and for intermediate institutes, the two-year system.
He pointed out that the number of students who have exhausted their desires amounted to 2462 male and female students to include desires that are not commensurate with their total and the declared minimum, and the electronic coordination website will be opened for these students to register their desires.
The statement noted that the electronic coordination site will be opened to reduce expatriation from the day after tomorrow, Saturday, until Tuesday, October 12.
He explained that the transfer between university faculties will be done through the website of the Coordination Office on the Internet and in accordance with the regulating conditions and rules issued by the Supreme Council of Universities in this regard.

The article Higher Education: Announcement of the result of coordination of admission to universities and institutes for students of technical degrees was written in Al Borsa newspaper.