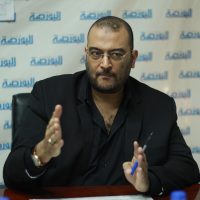 El-Tahawy: Demands to review the requirements for importing porcelain to reduce costs

The Household Appliances Division of the Cairo Chamber of Commerce is discussing the sector’s problems and the new system for pre-registration of shipments in early October, and demands a review of the requirements for importing porcelain tableware.

Fathi El-Tahawy, deputy head of the division, said that the meeting will address the sector’s problems, the movement of sales in the market, and the obstacles facing traders in light of the decline in demand and the rise in product prices, as well as the sector’s problems with importing ceramic sets.

El-Tahawy explained to the Stock Exchange that the meeting is also scheduled to discuss the companies’ work in the pre-registration system for shipments that are imported from abroad, and the mandatory implementation of the decision will start from the first of next October.

He indicated that the division will address the demand of traders to review the decision of the Ministry of Trade and Industry regarding the specification for importing ceramic sets in coordination with the Standards and Quality Authority and the Food Safety Authority.

He explained that the goal of the requirements that require the method of manufacturing the product that the logo be inside the glazed layer in the kits was to ensure that there is no fraud and the entry of Chinese goods bearing dumping duties from 2003 to the first months of 2018, and is not currently being implemented.

The Minister of Commerce had issued a decision in 2003 to impose dumping duties on household appliances made of porcelain and imported from China for a period of 5 years, after which they were renewed for two similar periods until the decision expired in February 2018.

He pointed out that the Division demands the abolition of this condition as it is a high cost and does not benefit the citizen or the market, and this demand needs a decision by the Ministry of Trade and Industry.

The article “Household Appliances” discussing the sector’s problems and the pre-registration of shipments in early October was written in Al Borsa newspaper.