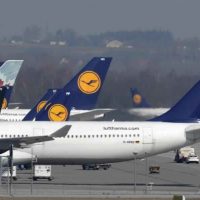 The International Air Transport Association (IATA) expects airlines to lose $51.8 billion this year, remain in the red as an industry next year, and cause a collective loss of more than $200 billion between 2020 and 2022, according to the association’s latest economic forecast.

The global “Flight Global” website stated that the International Federation revealed its economic forecasts at its annual meeting, which was held in Boston today; Losses of $51.8 billion for 2021 indicate a higher forecast for losses this year, as the union estimated in April at $47.7 billion.

The association also predicted that the industry would remain in the red next year, although it expects to reduce this amount to $11.6 billion.

This means that the International Air Transport Association does not now expect the industry to return to profit before 2023, the site said.

Altogether, the Covid-19 crisis will cost aviation $201 billion in losses before we return to profitability in 2023.

He added, “We have passed the darkest stage of the crisis… Although there are still serious problems, the path to recovery is beginning to emerge. We are also witnessing improvements in financial resources.”

Since the emergence of the Corona crisis, several airlines have collapsed or declared bankruptcy, including “Flybe” in Britain, “Virgin” in Australia, the largest South American airline “LATAM”, and the official Colombian carrier “Avianca”.

The article “IATA”: Airlines may lose more than 200 billion dollars between 2020 and 2022 was written in Al Borsa newspaper.