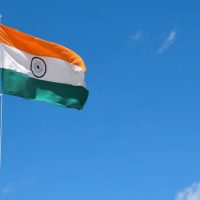 India’s Ministry of Electricity has revised its policy to use biological materials in coal-fired thermal power plants, encouraging the use of agricultural waste burned by farmers and polluting the air.

The decision, announced Friday, requires three classes of thermal power plants to use a mixture of 5% biomaterial pellets and coal.

The new policy will take effect in October 2022 with a requirement to increase the biomass percentage to 7% within two years for two categories of power plants.

Farmers in some northern states of India burn large areas of rice stalks and straw during the winter to prepare the land for planting, causing severe air pollution.

The significant increase in air pollution during that season often results in a thick blanket of smog over northern India each year.

The article “India” amends its policy to use biological materials in coal-fired power plants was written in Al Borsa newspaper.